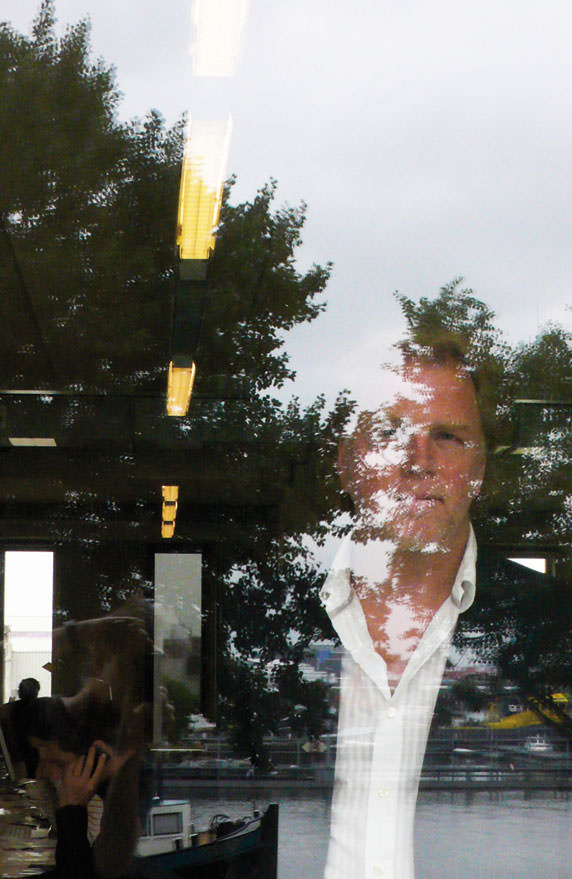 HEMA is the most popular retail chain in the Netherlands, since 2007 owned by Lion Capital. As a private label store with over 300 stores, HEMA is loved for its well designed products for daily use at an affordable price. HEMA makes ordinary things special and defines its brand essence as ‘special simplicity’.

In 1992 HEMA was a trendsetter in putting its logo, products and models against a white background in all communication. Fifteen years onwards, HEMA needed to adjust its identity, because research showed that consumer satisfaction was decreasing.

The new identity brings colour into HEMA’s visual communication. The colourful style of photography, based on Lomography, stages real people using HEMA products. The renewed logo can be used in thirteen different colours. This makes it more of a brand label, that can be integrated in all communication items. The old logo always needed an white background, whereas the new logolabel can be placed everywhere.

Furthermore the overall grid was simplified in such a way that it unifies the message sent across all communication elements, from instore visuals and pricing, brochures and advertising to front signing, fleet communication and the website.

The result of this brand revitalization is a colorful visual identity that is in line with both the organization and the expectation of the consumer. HEMA’s new visual identity is being implemented from September 2007 onwards.

Hugo van den Bos is strategy director and partner of Koeweiden Postma, one of the leading Dutch design agencies. The agency was founded in 1987 by designers Jacques Koeweiden and Paul Postma and developed into into a creatively leading design company, currently consisting of 25 people. The portfolio of the agency nowadays ranges from book covers and cultural posters to major international identity operations.

Among its recent assignments are visual identities for the Dutch Ministry of Education, Culture and Science, for the Judiciary system in the Netherlands, for employment services group USG People, and for Dutch retail chain HEMA. Currently the agency is working on identity assignments for major companies like telecom provider KPN, ICT-company Getronics, insurance holding Achmea/Eureko and energy company Eneco. Next to this, Koeweiden Postma recently launched Because, a separate operation for social design.

Hugo van den Bos joined the agency in 2002, after working for for several design and communications agencies, including TBWA and BBDO. He studied social sciences at the University of Groningen in the north of the Netherlands. He is a passionate advocate of the communicating possibilities of design. Apart from that he likes to ride his racing bicycle.