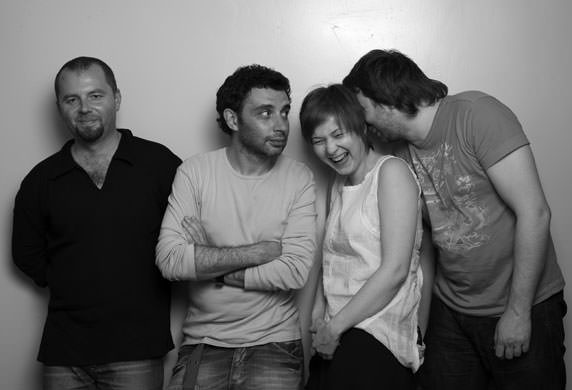 It is an on-going project of visual support for cultural center DOM. The project has been art-directed for the last 5 years and covers logo development, catalogs, posters (more than 200 for the period), CD-covers, DOM’s souvenirs and calendars etc.

OSTENGRUPPE design bureau was founded in 2002 by Eric Beloussov, Igor Gurovich, and Anna Naumova. Dmitry Kavko joined the group in 2003 and became the fourth member of OSTENGRUPPE. The company’s projects, which can be seen at www.ostengruppe.com, focus on functional contemporary design in a range of areas, including graphics, TV, Internet projects, video, interiors, furniture, fashion, and stage settings for events.