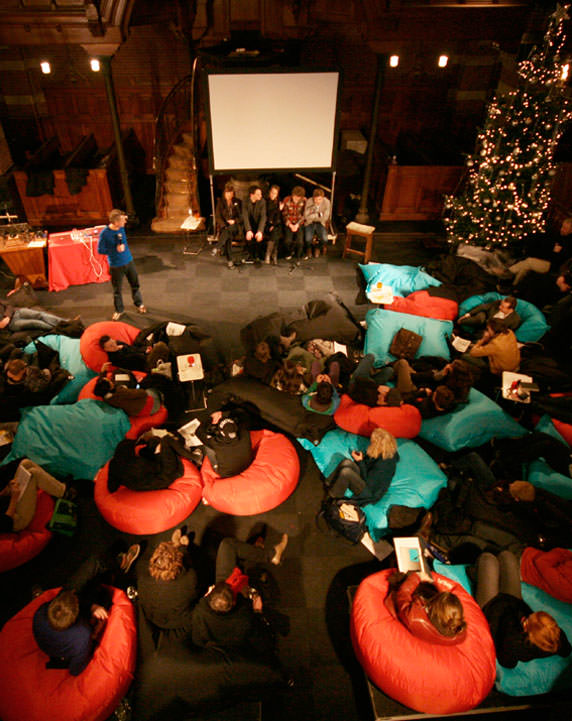 Designplatform Rotterdam (DpfR) collaborates with Rotterdam Media Commission (RMC) on Saturday, May 29 at Arminius to hold a public debate on the theme, ‘the importance and visibility of creative industries in Rotterdam.’ This event will feature people from the various design schools in the Rotterdam area. In addition, designers from other renowned European cities will join us to answer questions about the features of their particular city. What compelled them to settle in their location? Which ‘ideal’ conditions allow for a thriving design practice in their city? What items are still on the wish list? And, which other European cities can serve as an interesting example? As for the language of the debate, the goal is a clever mix of Dutch and English.

On the 29th of may, as part of the European Design conference, the Rotterdam Design Platform will look at the design culture in five lively and significant European cities. Antwerp, Berlin, Manchester, Stockholm and Barcelona all are reknown for their creative atmosphere. We will look the climate in these cities for designers and see in what way the feel of the city is recognisable in the work of the local designers.

In three cities, Manchester (Morporationpop), Berlin (Drushba Pankow), Barcelona (..) we will be looking at work from a design office from that city and reflect on it with the maker together with a Rotterdam designer that organally came from that city. In the other two cities (Stockhol and Antwerp) we will speak with Erik Braun from the Erasmus University, who did a desk research on the creative politics of these cities. What is being done in all these cities by governamental bodies? And what has been -according to creatives wh live there- succesfull or the city?

By looking at the local and global aspects of the work and the visual culture in the city we will find out in what way design has a globalized visual language already. Is design work from Manchester really different from Berlin work? Is there a typical Manchester approach? And can you have that approach while being in a totally different city?

DpfR is a network consisting of designers, industrialists and other entrepreneurs, teachers, students, administrators, journalists and other interested parties. This community meets regularly through debates, roundtable discussions, film shows and exhibitions to achieve a greater level of collaboration between local business companies (including industrial) and the design world here in Rotterdam. The Purpose? To enjoy valuable insights and provide positive impetus to economic development in the Rotterdam region.

RMC is part of the media sector in Rotterdam, dedicated to strengthening local media and placing Rotterdam on the map as a major media outlet. We serve as the link between media companies, rising talents, education, and the community. Our focus is centered on interactive media, gaming, film, television, radio, and music. RMC was created by a joint initiative from local government, education, and business organizations, and emerged out of the need for a greater level of collaboration and innovation within the Rotterdam media community.