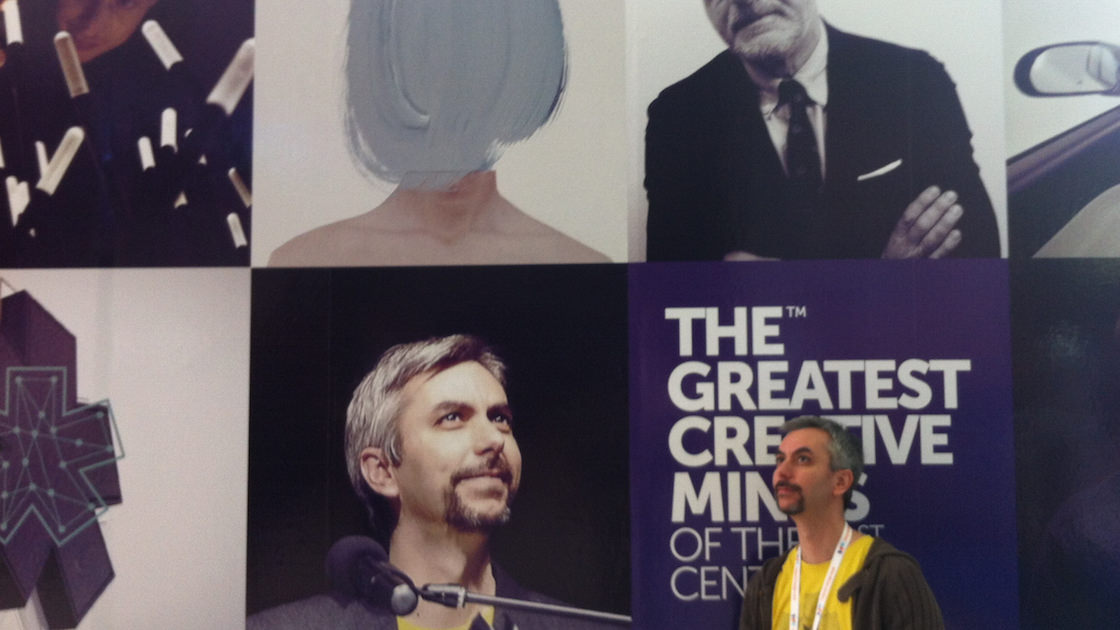 This year, too, we are pleased to present to you gold award-winners in the European Design Awards, a competition that itself is quite a success  story. Now in its eighth year, the awards again reflect the full diversity and quality in the European design scene; we talked to the initiator of the competition, Demetrios Fakinos.

The European Design Awards have now been held for the eighth time. How did the idea for the competition come about originally?
It was on a plane from Lisbon to Athens that the idea was born. It was all about transferring the Golden Globe Award concept into a communication design competition. That is, having not a group of peers passing judgement, but a group of experts – the people from the trade press.

The competition has expanded enormously – each year it is now attract-ing over 1000 entries. How do you explain this success? What is it that makes these design awards so unique?
We believe the reasons behind our success are easy to spot. I think that it is all about trust: Our audience trusts the jury, because they believe that it has the experience and the authority to make the right decisions and it also trusts the organizers. We have very consciously chosen not to impose winner fees, so that there is no connection whatsoever between the number of winners and the financial health of the awards. If the jury decides that in a category there is no submission that deserves gold, they simply do not award a gold prize (or any prize at all, for that matter). On the contrary, we have a limit to the number of distinctions that can be awarded to each category. So the market, as well as the people who win awards can be confident that they won because they very much deserved them.

Is this the only reason you do not have winner fees?
Not »milking the cow« is a very important, ethical reason, but it is not the only one. We have more practical reasons as well, since we are determined to be truly pan-European we could never have such a thing as »winner fees«. We would simply make participation impossible for a large number of designers who would not be able to afford it. And this applies actually not just to countries, but also to smaller studios, freelancers or young designers. Our structure ensures that we are open to everybody. And this is evident in our results as well. Of course you’ll find among our winners the big players you’d find in other national or international competitions, but at the same time you’ll find newcomers, or studios from smaller countries, that you’ll not find in any other awards scheme.

Even at the height of the economic crisis in Europe, there was no dra-matic decline in the number of entries. There must be a very strong urge amongst designers to measure themselves against the international competition. Or, how do you explain it?
You have to keep in mind that times of crisis call for action. If you want to be less affected by the crisis than your competition, you have to prove yourself above them. You need to take a larger slice of the now smaller pie. One of the ways to do that is by winning international competitions…

The number of countries from which entries are received is also very impressive. You must be very gratified that the awards reach out not only to the leading design nations…
Indeed this is one of the things we are most proud of: we are really pan-European. We receive submissions not only from countries such as Germany and the UK, the Netherlands and Scandinavia, but even from smaller nations. We have a full list of participants starting from Iceland and going all the way down to Cyprus. Of course, most of the time we miss out on tiny states such as Andorra or the Vatican, but when we do get entries from them too (we actually had a submission from Andorra last year), there’s an extra reason for us to be happy. Keep in mind though, that our winners list is equally diverse. This year for example, we’ve had winners from 21 different European countries.

The jury is made up of people from the design magazines that are involved in the awards. What’s your view of the way it is set up?
Fifteen jury members from fifteen communication design magazines (plus nine jury members from nine blogs and online magazines for our digital jury). It is definitely our strong point. Not only because we boast the most qualified jury in the sector (i.e. people who judge design work as an everyday job – in order to curate their magazine content), not only because they come from 17 different countries (and therefore bring a lot of context to a pan-European organisation) but also because they are in the best position to promote the award winners after the results have been announced. And isn’t this what any award-winner wants? To have their success covered in a most extensive way?

And to conclude, how would you like the competition and the sector to develop in the future?
We are very happy at the point where we are now. Both in terms of acknowledgement and esteem. What we would like to pursue even further is our exposure to the design buyers. With the »European Design Awards« brand it is true that we get a lot of attention. You only need to google the term and you’ll find us in the news in so many languages. Our ambition though is to pro-actively promote even more our winners to the people who could hire their services. And towards this goal, we have a couple of ideas on which we are working on, right now.