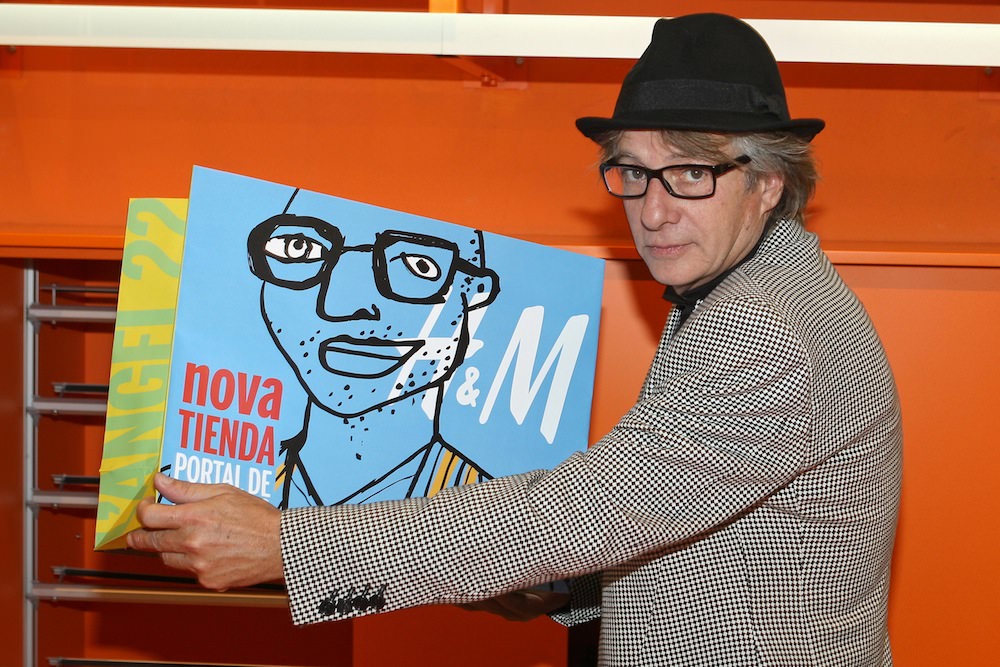 He started studying design at the Elisava School in Barcelona which he soon left so that he could learn directly in his environment and follow his own creative impulses. His first steps were in the world of underground comic, a task that he soon combined with illustration, sculpture, graphic design and interior design.

In 1979, he designed the Bar Cel Ona logo, a work that would make him popular. The following year, he opened the first bar in Valencia designed by Mariscal, together with Fernando Salas, the Duplex, for which he designed one of his most famous pieces, the Duplex stool, an authentic icon of the 1980s. In 1987, he gave an exhibition at the Georges Pompidou Centre in Paris and participated in the Documenta de Kassel.

In 1989 he establishes the Estudio Mariscal. During the same year, Cobi was chosen as the mascot for the Barcelona 1992 Olympic Games. The mascot was the centre of great controversy because of its vanguard image, although time has shown its creator to have been right and now Cobi is recognised as the most profitable mascot in the history of the modern games.

His most notable works include the visual identities for the Swedish socialist party, Socialdemokraterna; the Spanish radio station Onda Cero; Barcelona Zoo; the University of Valencia; the Lighthouse Centre for Architecture and Design in Glasgow, the GranShip Cultural Centre in Japan and the London postproduction company, Framestore.

In 1999 he receives the National Prize of Design that the Spanish Departament of Industry and the foundation BCD grants in recognition of the whole professional career.