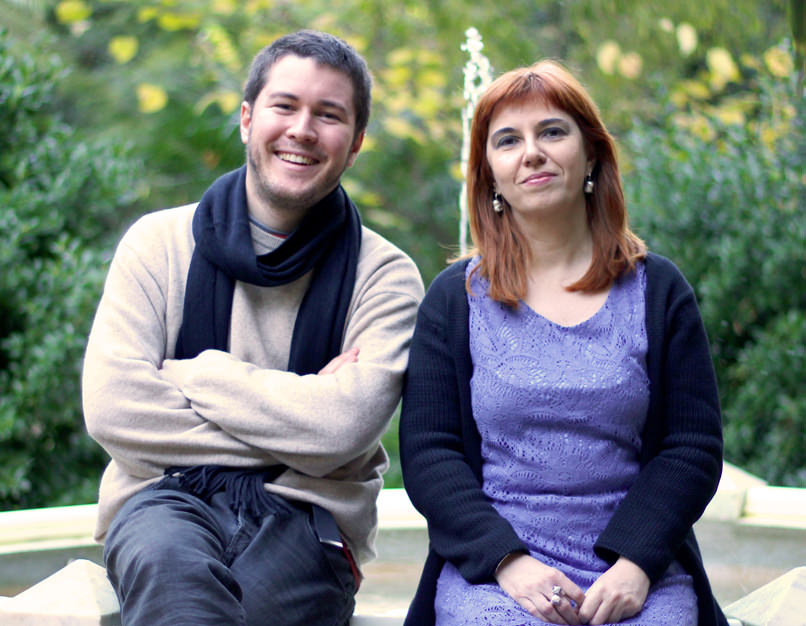 Raquel Pelta is a Design Historian with a doctorate in Design History. She is a Professor in the Fine Arts Faculty of Barcelona’s University. She has published the book Diseñar hoy, as well as many articles in books and specialized magazines. She was the editor of Visual magazine (2000-2004) and has curated various exhibitions. She is on the board of the Spanish Design History Foundation, the co-director of the Valencia International Typography Congress (since 2004) and, since 2011, she is co-director of Monográfica, the online magazine.

Javi Sastre is a graduate in Graphic Design (Elisava Desgin School) and has a Bachelor’s degree from Southampton University. He has worked as visual designer for Hewlett Packard (Barcelona) and as a graphic designer and animator at Tank Magazine (London). He has published several articles for Visual and Bastarda‘s magazines. He has translated Thinking with type (by Ellen Lupton) into Spanish. He is co-director of Monográfica, the online magazine.